Onboarding multiple Linux servers with a service principal, then connecting with the azcmagent.

There are a number of ways to onboard VMs at scale. Some are detailed in the Azure docs for Arc and there are more still in the Azure Arc Jumpstart.

For the linux VMs in this lab, we will use the portal to generate a script which can then be used on multiple servers.

This is a good fit with linux VMs as the on prem linux admins will usually have their own preferred tooling for remote execution of scripts on multiple hosts. It could be simple scripted sftp and ssh commands, or something more industrial such as Ansible, Chef, Puppet, Salt etc.

Providing the generated script and service principal credentials to others for execution is not considered a security issue.

The very limited RBAC role given to the service principal is only capable of onboarding VMs and nothing more.

This lab will emulate that script handover as it is closer to the workflow you would see in a professional services engagement.

If you are working as a team then ensure that the script generation and execution are done by different people.

Your role is to create a working script for the linux admins to use.

💡 Hint: the generated script will need a little work. Copy into vscode notepad++ or another editor, make the changes and clean up.

Onboard the linux VMs

As a linux admin, you will run the provided script on each of the VMs.

On each on prem linux server:

If you have used the default variables with the terraform repo then you will be using the Bastion service to connect: 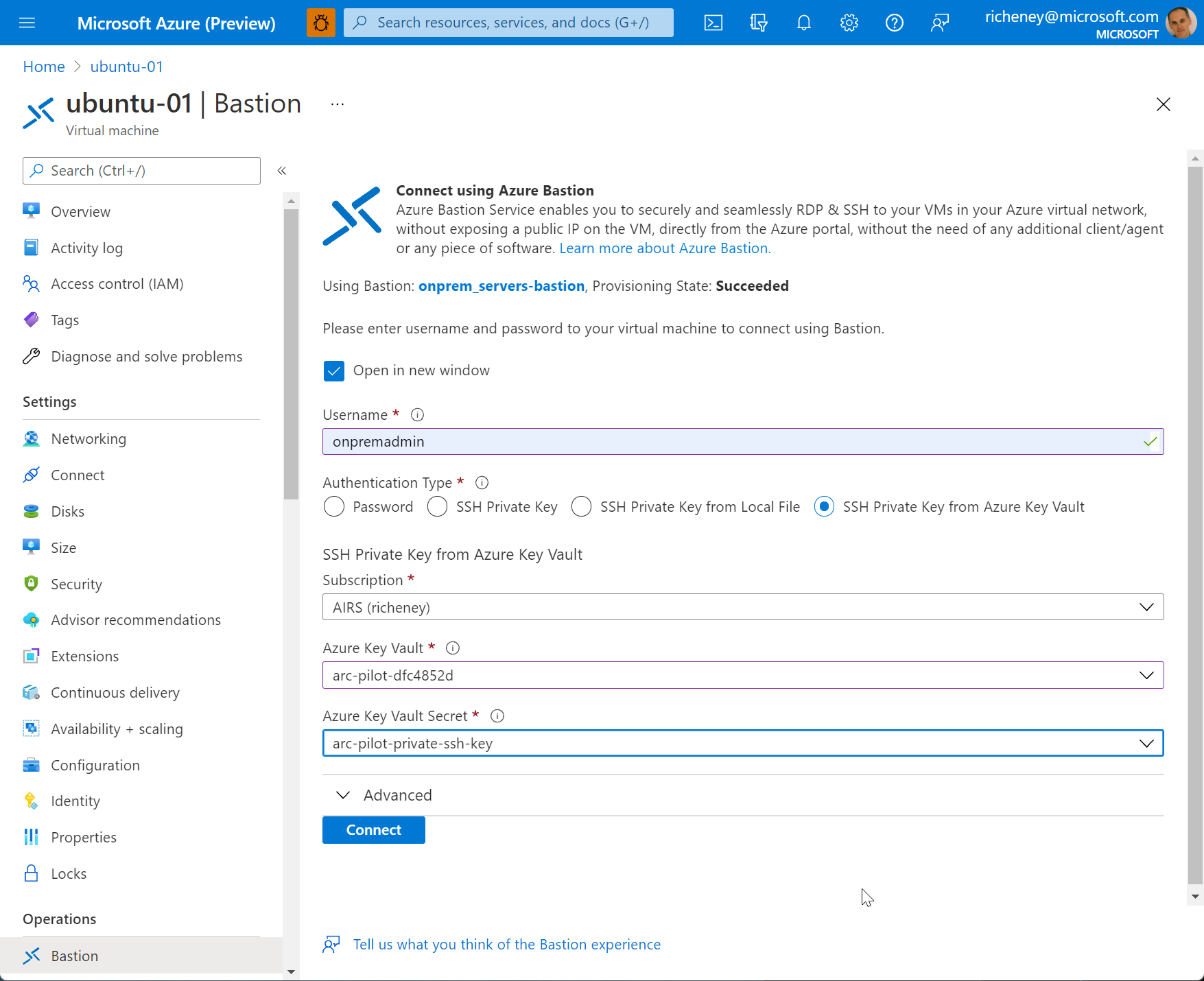 Verify the VMs are onboarded

After the agent is installed, verify that the server has successfully connected in the Azure portal in the Azure Arc service, Servers blade.

One of the benefits of onboarding on prem VMs to Azure is the core management plane organisation and reporting. The Kusto queries in Resource Graph Explorer is great for reporting across multiple subscriptions and resource groups.

If you are new to Resource Graph, the quickstart with Azure Portal is a great place to begin.

This is a stretch target.

How would you deal with an environment that

Screen share with your proctor to show that you achieved:

In the next lab you will onboard the Windows VMs using Windows Admin Center.